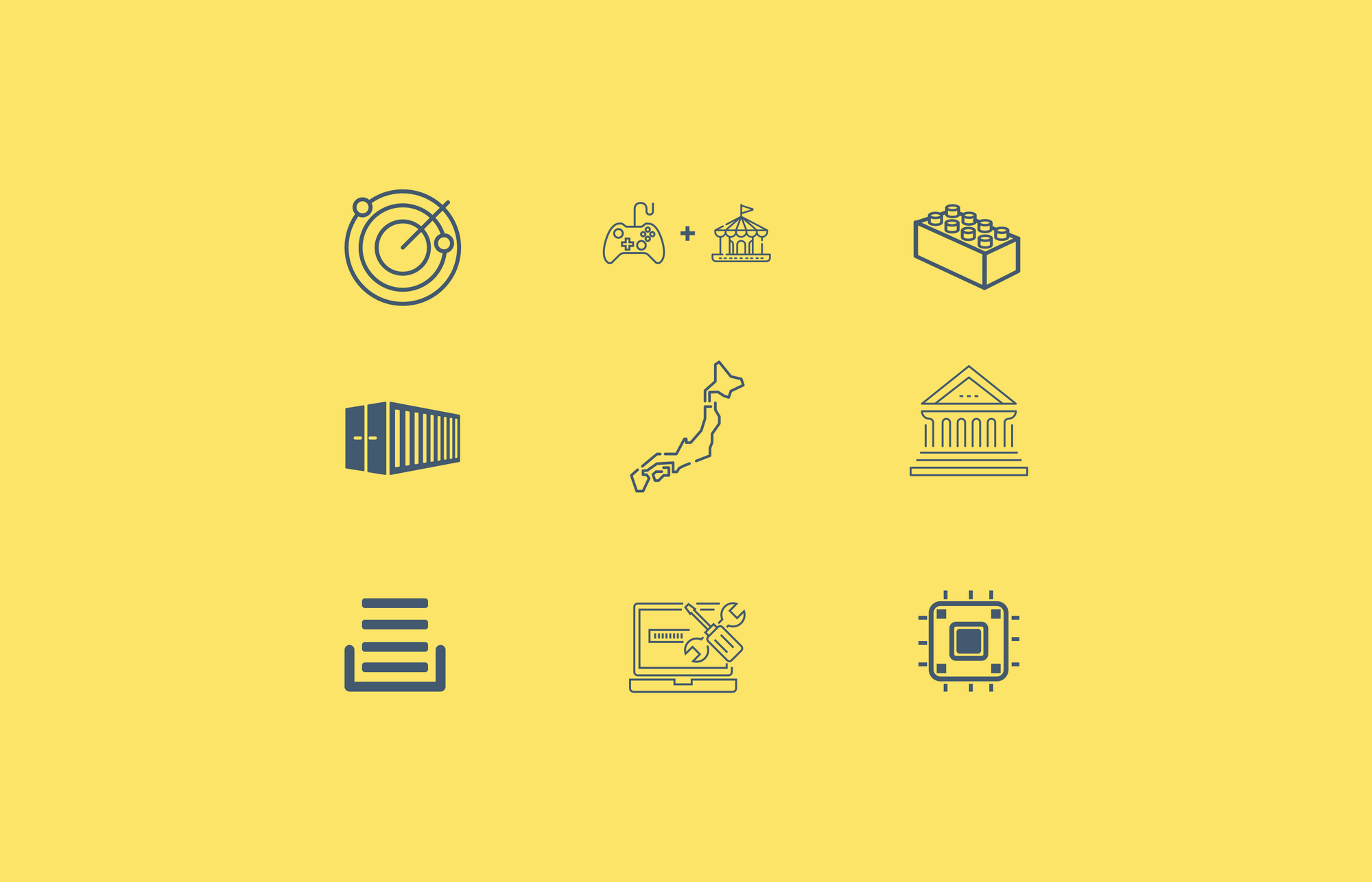 Founders often ask me what areas they might entrench themselves in if they want to come across or tackle an interesting problem. Here are a few markets I find interesting:

Everyone has their eyes focused on computers analyzing images via AI. Or LIDAR. Curiously, the radar scene is far less popular. It’s an exciting platform technology for two reasons. First, machine learning is getting far better at analyzing noisy, short-range radar data from commodity hardware. Second, US regulation has become increasingly lax towards using new power and spectrum bands due to a desire to support autonomous cars. (Shorter range waves can support a substantial increase in usage without any out-of-band interference concerns, so it’s easier to coordinate, too.)

In 2017, the FCC quietly assigned exclusive spectrum for “vehicular radar systems”. Zendar is taking advantage of this to make radar systems that see through snow and fog, which LIDAR can't. The regulation also permits the “deployment in airport air operations areas of fixed and mobile radars that detect foreign object debris (FOD) on runways”.

You can easily imagine this extending beyond runways. Anduril is using radar sensing technology to build a better wall. Just like GPUs rose to popularity in gaming and “spilled over” into AI research, this regulation may have second-order effects in industries beyond autonomy.

Atrium is re-inventing the law firm with technology. Pilot is doing the same for accounting and Triplebyte is doing this for recruiting. These startups trade a simpler sales cycle for the shackles of a margin-light service layer. Instead of selling components to incumbents like Wilson Sonsini, they just sell the end-product to users.

Skeptics will say these are just service businesses hiding behind a facade of SaaS multiples. Reality is more nuanced. Assuredly law firms and accounting firms could be using more software! Even if not, leveraged buyouts have taught us that incumbents can naturally lose operational efficiency. This playbook may appear across other industries: Re-build Accenture with an army of “Lego Apps” (see below). A new KPMG that audits using software instead of clipboards. Etc.

These companies are also an important component in workforce retraining. A truck driver may not become an accountant at PWC, but they might be a great fit for a software-enabled accounting firm that relied on a lower level of human expertise.

Technological progress follows a continuous theme of creating abstractions. It’s hard to program in assembly. So we made C, which is easier. Java is easier than C, and Python is easier than Java. We’re starting to see another layer emerge. Companies are allowing non-developers (“builders”) to sling together different blocks of code, like joining lego blocks.

Zapier allows builders to move data between different services with a few clicks. Airtable and Notion enable advanced storage and manipulation of data through a simple interface. Glide super-charges those databases by enabling builders to turn them into mobile apps, a skill previously relegated to an elite few. Retool offers related "assembly" functionality for the desktop.

Now we’re able to make things without really knowing much Javascript. This is a really big deal. Simplifying software is incredibly important. Millions of people will need to be re-trained to new jobs over the next decade. The current coding bootcamps are making good progress on this goal, but simplifying the programming environment may be a more leveraged way to enable 10X more people to code. What if coding was as simple as driving? Lego apps may be the answer.

Lego School. I haven't seen anyone work on training lego builders. Instead of teaching JavaScript, teach how to make a Retool dashboard that connects with Zapier and Gmail. Or a Glide app that sucks in data from Excel. Then use your army of "lego builders" to become the next Accenture, with far better margin.

Environment is a potent force in shaping habits and lives. When freshmen arrive at Harvard, Yale or even organizations like McKinsey, they feel challenged. They punch above their weight because of the surrounding environment. There’s a new collection of websites that are attempting to digitize this effect and settle Ivy League campuses on the Internet.

ProductHunt is gradually becoming the default place to showcase your work, enabling unknown hackers from around the world to achieve recognition. IndieHackers has a vibrant community of business builders, each excitedly sharing and comparing notes with each other on how to grow their company. Pioneer is an attempt to fully operationalize the Ivy League into software. There’s a global leaderboard of the Top 100 players on the planet to mimic what’s it’s like to “walk around campus” and compare notes. Mentorship from experts in industry, and more. (BTW, our next tournament starts this weekend, apply here.)

Websites are the new cities, and a generation of founders born online are attempting to found enduring communities that serve as generators of great people that dramatically accelerate societal growth.

The future remains curiously unpredictable. We thought VR was going to create the metaverse. Turns out all we needed was Fortnite. Marshmello played a concert to millions (perhaps even 10M, actual numbers are unclear) of people on Fornite, the online multiplayer game.

This is an interesting example of what’s to come: games as a “third place”, after home and work. Come for the points, but stay for the concerts, the entertainment, stand-up shows, etc. A 24/7 carnival on the Internet. In other news, Twitch continues to grow like a weed, and may surpass YouTube and Instagram as the cheapest acquisition ever. 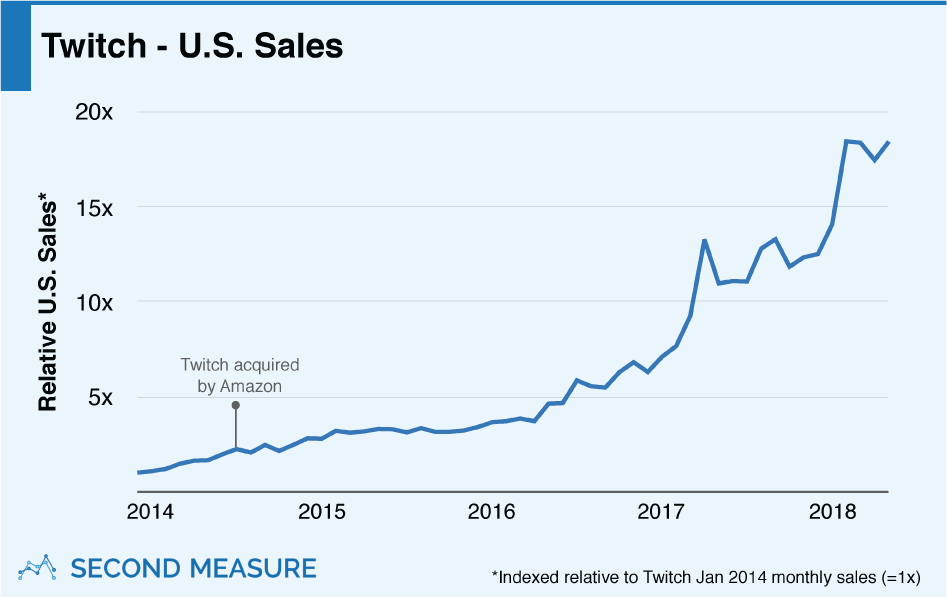 It remains unclear exactly how a startup should invade this frontier. But given the change and derivative, I suspect one will.

Opendoor enables home-owners to achieve near-instant liquidity for their home by using software and machine learning. Convoy is serving as a software dispatcher for freight and trucking, bringing Uber-style efficiency to a a $700B industry. Cloud Kitchens (started by Uber founder Travis Kalanick) allows chefs to spin up “dark kitchens” with a click of a button, creating a new generation of restaurants optimized from the ground up for delivery.

We’re using software to more efficiently containerize and move objects around the world. You could imagine this extending: better use of un-occupied parking lots, instant mobility between homes or offices, etc.

A centralizing power of the early Internet was that building stuff was hard. Since making YouTube scale is hard, we only have one World Wonder. Once things become easier to clone, I think we'll have a Wordpress effect. Every tribe of people would have their own.

But what about network effects? Depends. I believe YouTube's network effects are far weaker than people realize. YouTube is not Facebook. It is a media company. Most people consume from a select few creators. Should a cadre migrate en masse to a new platform, many would follow, especially since there's no exclusivity required.

We just saw this happen with Patreon (which, admittedly had zero network effects), where several influencers like Sam Harris, Jordan Peterson and Dave Rubin all flocked off the service to their own islands. Closed WhatsApp groups seem more popular than Facebook. If someone were to make a very (I mean very) well-executed Wordpress-for-Twitter, we might see a similar migration.

The GPU silicon market is clearly one where the current product is not "good enough". Research labs scramble to get as many training cycles as they can, at times taking over entire data centers to build models. There's a secondary market for particularly scarce NVIDIA GPUs. In conversations with researchers, it’s clear the thirst for compute insatiable.

We're clearly thirsting for more, and companies like GraphCore, Groq, Rain, Google's TPU unit and others are racing to provide it.

Like an endless tiramisu cake, the bicycle for developers can always get better as higher layers of abstraction are built. Streamlit is building a better version of Jupyter Notebooks (Google Docs for data scientists). Weights & Biases makes analytics software for models (New Relic for AI). Rookout enables you to debug production code with a click of a button. Figma is Adobe with collaboration.

This post is getting too long and the cryptocurrency world deserves it’s own piece. The one thing I’ll say is nobody has really cracked developer adoption. I just don’t think the Ethereum coding environment is pleasant. And any network effects are highly overrated if someone would built something that was both useful and fun to code in.

If you’re thinking about starting something and need mentorship or a network of like-minded people, you should check out Pioneer. We built it exactly for people like you: https://pioneer.app.

We’re excited to have you join your own special edition of the Pioneer Tournament. You don’t have to be the smartest person in the room to succeed. You just need drive.

Socrates and Plato. Max Planck and Albert Einstein. Mike Markkula and Steve Jobs. Across almost all innovators one thing is common: a connection to another innovator.